A little taste from the Bayou

Last Tuesday I had the distinct pleasure of going to an advanced screening of Disney’s ‘Princess and the Frog‘  The film returns to the classic hand-drawn animation that has been absent over the past several years with the Pixar innovations.  I think the 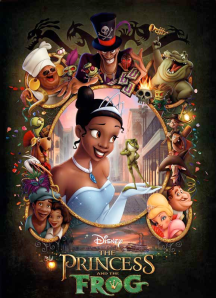 film not only brings back a traditional art form but also restores a sense of magic and re-awakens wishing on stars and dreams that can come true.  Disney stories work in a sort of formula where there is a obstacale (many times a curse to be broken) to be over-come and with the help of magic and of course true love’s kiss all will live happily ever after.  Character personalities that we have loved through the years have re-surfaced but also a new Princess with the make-up of a modern woman.  Princess Tiana really embodies the ‘I-can-do-it-myself’ mentality of many modern woman.  She has plans to open her own restaurant by working two jobs, as a Frog, she navigates through the Bayou wilderness cutting through plants and trees, finding food, while the Prince floats along beside her.  But with all that gusto she became lost in understanding what she needed, rather than what she wanted.  A fault we all share.

As a foodie, the film really tugged at my heart-strings as the two frogs bonded over mincing, and the constant references to home-made jambalaya.  So naturally I suggested Delta Grill for some post-movie grub. 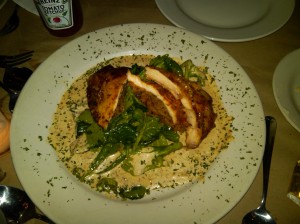 Tagged as Bayou, Disney, Princess and the Frog